Indulge your senses in the wine, cheese, truffles, and dramatic views of the Piedmont region. Uniquely situated on the border of France and Switzerland in northern Italy, the region boasts a burgeoning wine culture with centuries-old vines producing deep and satisfying aromas. Translating to “at the foot of the mountains,” Piedmont has unparalleled aesthetic appeal with the Alps rising ominously in the background of every nook and hamlet we explore throughout the tour. The region was central to the reunification of Italy and continues to be an economic powerhouse of the country, with its capital Turin being the third largest economic contributor for the country. It is also home to the white truffle the most exclusive and expensive culinary treasure in the world. From Piedmont to Florence, the heart of the arts in Italy and also known as the Cradle of the Italian Renaissance. Last bust not least, Rome, the “Eternal City”. 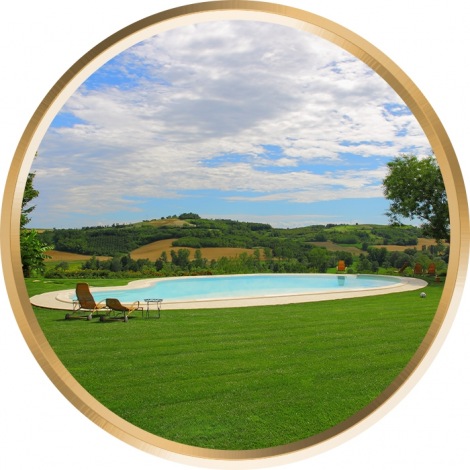 After arriving at the Milan Malpensa Airport, our expert driver will will transport you to your accommodations for the night (transfer time 1 hour 30 minutes). Along the drive, you will pass through the gorgeous provinces of Novara and Vercelli, which are famous for their risotto rice paddy fields. With the Alps protruding from the distant horizon, this view will be a fantastic welcome to Italy! From there, you will coast through the Monferrato Valley - one of the most important wine areas in Piedmont and a UNESCO World Heritage Site - the place where your 4-star accommodation is located. Your accommodation is an elegant 16th century property has been given a contemporary makeover and is now a beautiful, comfortable four-star hotel with state-of-the-art conferencing facilities, a relaxing spa centre and the restaurant. Take a breath and enjoy your first day in Italy—you deserve a break before the busy week ahead! Your welcome dinner will be served at the hotel’s restaurant (drinks not included), the perfect place to celebrate the beginning of your Piedmont tour. Overnight stay at a 4-star hotel. 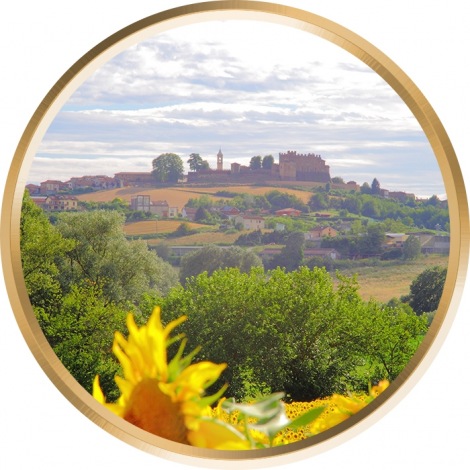 After breakfast at the hotel, your tour will start with a visit to La Morra, also known as the Balcony of Langhe. Here you will have the chance to take pictures from the most beautiful panoramic point of the area! Take your time to admire the surroundings and purchase souvenirs from the small shops in the village. After visiting this stunning locale, your guide will drive you to a traditional winery nestled in heart of the Barolo hills. A local winemaker will give you a private tour of the vineyards then history, people, cellars, and of course iconic wine of the Estate. For lunch (drinks not included), you will have the privilege of dining in a unique location standing in one of the most spectacular settings just 5 km from Alba: the Castle of Grinzane Cavour. Perched on a hilltop overlooking the Langa valley, the castle offers 360-degree views of the village-speckled landscape and sprawling vineyards. The castle has also been home to the International White Truffle Auction since 1999, one of the most important gastronomic events in Italy. Enjoy lunch at the Al Castello restaurant, the perfect destination for an authentic meal tasting the delicacies of Italian cooking. Whether you want succulent ravioli with a rich homemade sauce (refined by centuries of family traditions) or a perfectly seared chop with pan jus - La Morra will deliver. Enjoy a glass of Barolo wine to top off your meal in opulence. After lunch, you will embark on a tour of the Castle of Grinzane Cavour - the home of the famous Count Camillo Benso of Cavour from 1832 to 1849. After the tour, you will be transferred back to the hotel. Dinner will be served at the hotel’s restaurant (drinks not included). Overnight stay at a 4- star hotel. 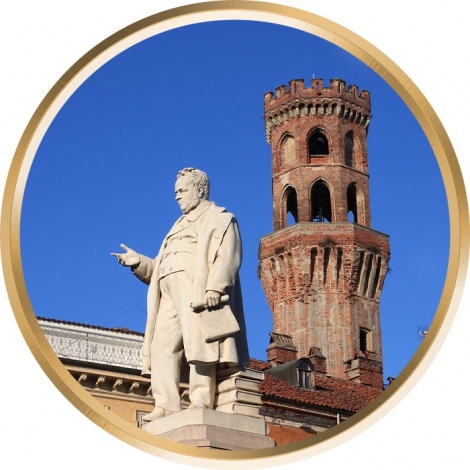 DAY 3 - Vercelli and the Abbey of Lucedio

After breakfast at the hotel, you will be transferred to Vercelli, the capital of the Vercellese Plain and the most important region for rice production. Surrounded by ride paddy fields, this region was founded around 600 BCE and is one of the oldest cities in north Italy. Vercelli is a small city of artists with an incredible cultural heritage: during the 2.5 hour walking tour, you will visit the church of St. Andrew, the church of St. Eusebius, Piazza Cavour and the church of St. Cristopher. With its ideal architecture and rich history of literature and philosophy, your stay in Vercelli will challenge and engage your mind. Lunch (drinks not included) will be at a traditional restaurant with an exclusive tasting of this area’s main dish: risotto! In the afternoon, you will visit the Abbey of Lucedio. The Abbey was founded in 1123 by the Cistercian Monks and soon became a prosperous center of economic and political power. Several noble Italian families fought for possession of the abbey until it was annexed by Napoleon at the beginning of the 19th century. Later on, the Abbey became the property of Marquis Giovanni Gozani di San Giorgio, the ancestor of the present owner, Countess Rosetta Clara Cavalli d’Olivola Salvadori di Wiesenhoff. Afterwards, you will be transferred back to the hotel. Dinner will be served at the hotel’s restaurant (drinks not included). Vercelli, risotto, Lucedi Overnight stay at a 4-star hotel. 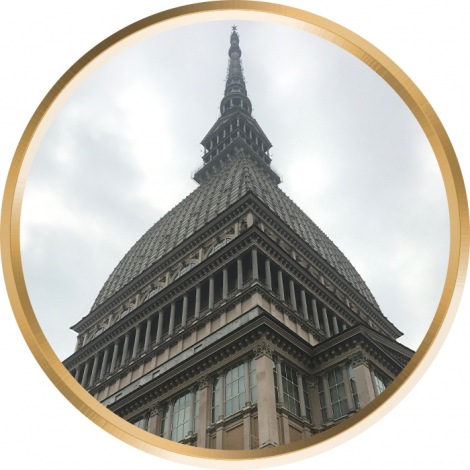 Enjoy breakfast and check out from the hotel. You will be transferred to Turin, the original capital of Italy! Blending Renaissance, Baroque, Romanesque, and modern Italian architecture, you’ll be treated to imposing spires, regal columns, and meticulously paved pathways as you explore the city. With perfectly tree-lined streets and modern, artsy cafes, your day will be full of chances to explore and immerse yourself in Turin’s unique culture. In the morning, your guide will take you to discover the beauties of Turin. Turin was Italy’s first capital after the unification and one of the most influential cities during the Risorgimento period. It is also the place where FIAT (today FCA) started its business and where several gastronomic events are held each year. Turin is a fantastic mix of art, culture, industry, and gastronomy. In fact, UNESCO declared part of the historical city center a Word Heritage Site in 1997. During the leisurely 3 hour walking tour, you will discover part of this heritage: the majestic castle Piazza Castello, the Royale Palace, Piazza San Carlo and the ancient cafeterias, Via Po, and Piazza Vittorio. After the tour, you will be transferred to Turin train station. Lunch will be on your own. At early afternoon, you will catch the high-speed train to Florence. Arrival in the evening and transfer to the hotel on your own (by taxi or walking, approx. 750 meters from Florence train station). Check-in at the hotel. Dinner on your own. Overnight stay at a 4- star hotel. 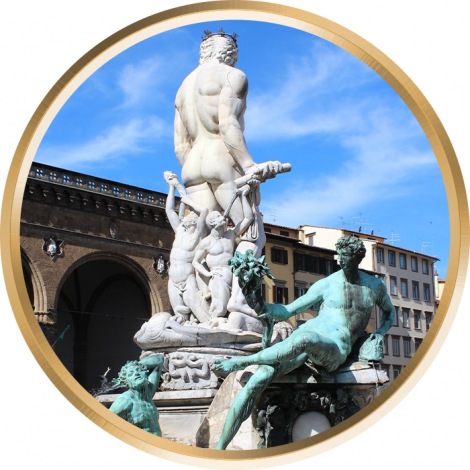 After breakfast at the hotel, you will be met at the lobby of your hotel by our guide who will lead through the beauty of Florence, otherwise known as the “Cradle of the Italian Renaissance”. We will discover the Piazza Duomo with Santa Maria del Fiore Cathedral and Giotto’s Bell Tower, Piazza del Signoria with imposing Palazzo Vecchio, Ponte Vecchio (the old bridge) and the area of Santa Croce. Florence is every art aficionado’s dream come true, alongside striking architecture, bustling markets, and the sweet aroma of homemade, authentic gelato. Lunch will be on your own with recommendations from guide. The afternoon can be spent at your leisure. Immerse yourself in the largest collection of Renaissance art in the world, then hop over to the museum to peruse monastic treasures and jaw-dropping ancient scrolls. Sit in alleyway cafes while eating mouthwatering gelato and watching the spectacular Florentine sunset. Dinner on your own.  Overnight stay at a 4- star hotel. 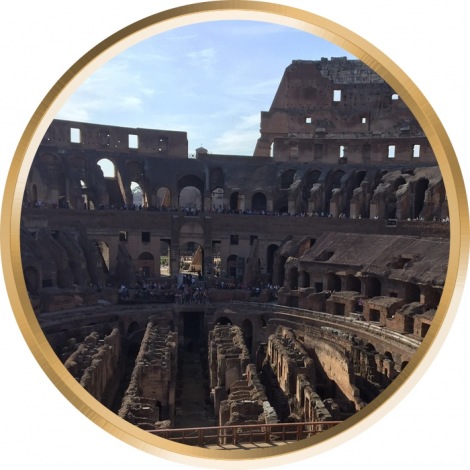 After breakfast, you will get Florence train station on your own and the you will catch the high-speed train Florence-Rome (transfer time: approx. 1h 40min.). At Rome train station you be met by our expert guide who will lead you through the beauties of the “Eternal City”: Piazza di Spagna, Trevi Fountain, Pantheon, and Piazza Navona. Lunch will be on your own. In the afternoon, we will visit the Ancient Rome: the Colosseum remains on of the most iconic symbols of Rome. Having survived many earthquakes and the modernization of the city, you will feel steeped in history being surrounded by the classic architecture. The Colosseum is a relic of a bygone era when entertainment included gladiators fighting animals like rhinos, elephants, lions, and crocodiles in the amphitheater with audiences of up to 50,000 spectators. Continuing through the day, you will visit Palatine Hill, one of the most historical and awe-inspiring destinations in the city. Taking in the views at one of the highest points in the city, you will gaze upon striking views of the rooftops and alleyways below. The nearby Roman Forum was the center of social life in Ancient Rome, where events, speeches, and forums were frequently held. This area includes countless basilicas, temples, and statues to keep you intrigued throughout the journey. After the visit to the Ancient Rome, you will be transferred back to the the train station in Rome where you will catch the high-speed train to Florence. Transfer to the hotel by your own. Dinner on your own. Overnight stay at a 4-star hotel. 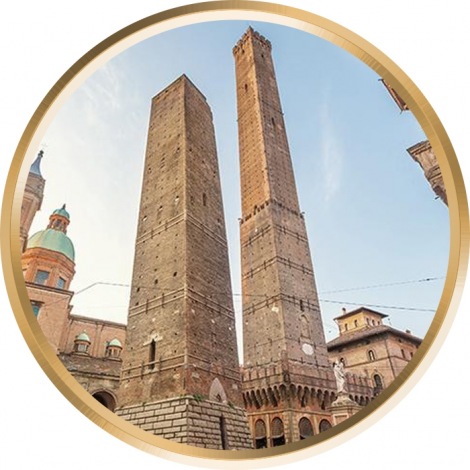 After breakfast, you will get Florence train station on your own and the you will catch the high-speed train Florence-Bologna (about 30-40 minutes). At Bologna train station you be met by our expert guide (2.5h) who will lead you through an exciting food tour of Bologna (the tasting of local products is about € 13 per person and it will have to be paid on site)! To start the day we will taste some excellent chocolate in the oldest shop in Bologna. Then, walking through the medieval market in the city center we will visit historical shops and taste the traditional food of Bologna. Mortadella, a heat-cured pork sausage is considered the queen of the city and the king is Tortellino. We will reveal the secret stories about the ancient medieval market and learn more about the food culture in Bologna. We will taste also regional wines, like Sangiovese, a red wine and Pignoletto a sparkling white wine. Lunch on your own. Day at leisure in Bologna. In late afternoon, you will reach the train station of Bologna by your own and catch the high-speed train Bologna-Florence. Transfer to the hotel by your own. Dinner on your own. Overnight stay at a 4-star hotel. 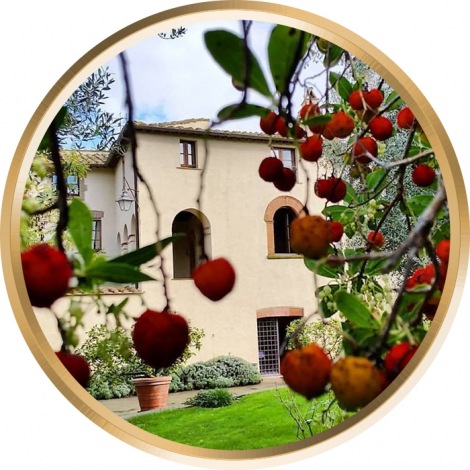 Breakfast. After breakfast, according to your flight schedule, you will be transferred to Florence Airport. Before you leave, don’t forget ...“Italy is a dream that keeps returning for the rest of your life”. Arrivederci and we hope to see you again!

Our team is 24/7 at your service to help you with your booking issues or answer any related questions. Please send us a WhtsApp message and we will contact you as soon as possible

Discover the Undiscovered: From Tuscia to Piedmont

Read more about our travels...

Subscribe to our newsletter to receive the latest news 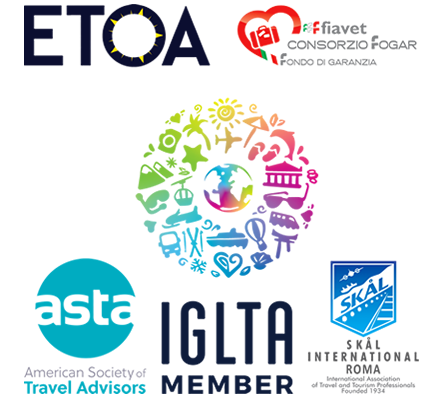 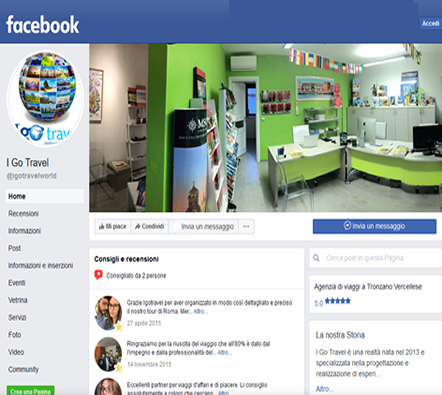